If Long-range Missiles Are Sent To Ukraine, Putin Threatens To Strike New Targets

If the US sends longer-range rockets to Ukraine, Russian President Vladimir Putin has threatened a wider bombing and shelling campaign, while dismissing the advanced shorter-range missiles President Biden has already promised as “nothing new.”

If Ukraine receives longer-range missiles, Putin said new targets that Russia has yet to attack would be hit, but he did not specify which ones. Biden hasn’t mentioned long-range weapons and is unlikely to do so. He has vehemently opposed Ukraine’s use of shorter-range weapons systems to attack Russia within its own borders.

Meanwhile, Ukrainian forces awaited the arrival of the promised M142 High Mobility Artillery Rocket Systems, also known as HIMARS, in the hopes of turning the tide in their attempt to hold on to at least a portion of the area where the fiercest street-to-street battles now rage in and around Severodonetsk in eastern Ukraine.

Ukrainian forces said they had taken control of half of the strategically and symbolically important city over the weekend, up from the 30% reported earlier this week. The claims could not be verified independently.

Even if Ukraine gains ground there, Russia is said to control around 80% of the larger Donbas region, where it established the two people’s republics of Luhansk and Donetsk, which it claimed to be rescuing when it invaded the region in 2014. Since then, the two sides have been fighting and the current battle is a continuation of that.

Three cities, Severodonetsk, Lysychansk, and Donetsk, are required for Russia to claim victory in Donbas and complete control of the region. However, the Donets river, which runs through eastern Ukraine, continues to obstruct Russian troops’ progress to Lysychansk, on the other side of the river, and into Donetsk.

According to Serhiy Haidai, the Luhansk regional governor, Russian forces were blowing up bridges to prevent Ukraine from bringing in reinforcements or aid. The Lysychansk-Bakhmut highway, a vital supply route, has been contested by both sides.

Haidai said dozens of people had been rescued from the region where thousands of people had fled but many remained holed up in a Telegram post on Sunday.

“Taken from hell — 66 people, including six children, were evacuated from Lysychansk,” he said. “Quietly. There will be no announcement. We passed by bomb shelters.”

Personnel aided the fleeing residents, many of whom were elderly, as they toted whatever belongings they could carry and boarded yellow buses with curtains covering the windows in photos from the evacuation.

After shocking the world with early victories, most notably the defence of Kyiv, Ukraine now faces a new, bleak reality more than 100 days into the war. After that, Russia focused all of its attention and power on the east.

On Sunday, Putin reminded Kyiv that it is within striking distance of a destructive bombardment, if not capture. According to Russia’s Defense Ministry, missile strikes in Kyiv on Sunday morning destroyed tanks sent to Ukraine by friendly nations. According to the ministry, the tanks and other equipment were stored at a repair facility on the outskirts of Kyiv.

Earlier on Sunday, the mayor of Kiev announced that two districts had been hit, with one person hospitalised. According to preliminary information provided by Ukraine’s air force command, the missiles were fired from Russian Tu-95 bombers over the Caspian Sea.

It was the first time Russian missiles had targeted Kyiv in over a month.

On a live Ukrainian television broadcast Sunday, Vadym Denysenko, an adviser to the Ministry of Internal Affairs, said one of the Kyiv strikes hit a military target while the other damaged civilian infrastructure. He did, however, refute Russia’s claims that tanks were destroyed at the rail-car facility.

Ukraine has said that new US rocket systems are critical in repelling Russian advances in the country’s east, where Russian forces have been attempting to encircle Severodonetsk and neighbouring Lysychansk, which Ukrainian officials were still evacuating over the weekend.

Putin was quoted as saying in an interview with Tass that the shipments would make no difference because they would only be replacing rockets of the same range, 40 to 70 kilometres (about 27 to 43 miles.) The missiles that the US has deployed have a range of about 45 miles. The M777 howitzers delivered by the United States and currently in use in Ukraine have a range of about 18 miles.

Putin is said to have said, “There is nothing new about that.”

“We will draw appropriate conclusions from this and use our weapons, which we have enough of, to strike those objects that we have not yet struck,” Putin said if longer-range systems are introduced. He didn’t say where these new targets would be or what they would be.

“The fuss over additional weapons deliveries has only one goal — to drag out the armed conflict as long as possible,” Putin said on the state-run Russia-1 television channel, which Tass obtained excerpts from.

Ukrainian President Volodymyr Zelensky paid a visit to troops on the front lines in Zaporizhzhia’s southeastern region on Sunday, according to his office.

The visit was described by Zelensky’s office as a working trip during which he met with troops and police officers. According to Zelensky’s office, Oleksandr Starukh, the head of the Zaporizhzhia Regional Military Administration, nearly 60% of the area’s territory is “temporarily occupied by Russian troops, and fighting is underway in some parts.”

According to Starukh, the fighting knocked out power to 77 settlements in the region, and 2,700 infrastructure facilities were destroyed, but 700 were rebuilt.

Russian forces in parts of Kherson and Zaporizhzhia have begun distributing Russian passports to residents, according to Zelensky’s office, and a Moscow-backed administration in Zaporizhzhia has signed a decree to “nationalise” property owned by the Ukrainian government. 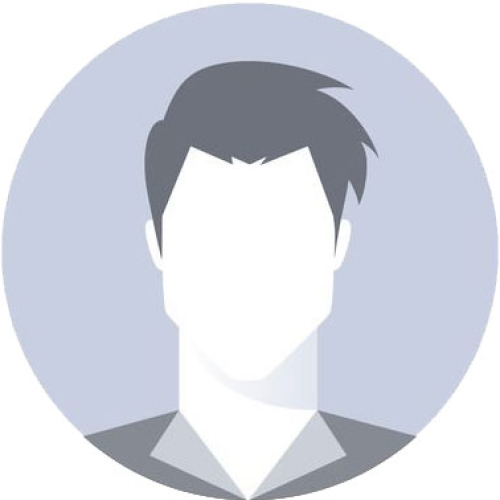